A Missionary’s Position On Sex 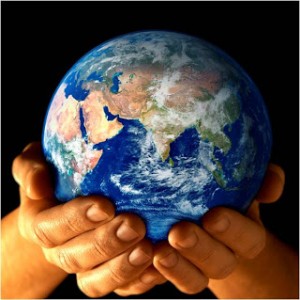 My Facebook, Twitter and blog comments were recently riddled with reference to “the missionary position.” The sarcastic comments suggest that the reason I’ve spoken out against erotica is because I’m incapable of having a creative sex life…being a Christian woman and all. These seem to be prompted by an article entitled “Evangelicals Offer to “Trade Your Shades” for “Christian Perspective” Intimacy Book which People Magazine published about the book, Pulling Back The Shades, which  I co-authored with Dr. Juli Slattery.

Thanks, to writer Mariah Haas and People, for being fair and sticking to the facts and not name-calling. But since that’s what some have stooped to, let’s go there.

I just happen to be out of the country on a missions trip of sorts right now. That makes me a missionary at the moment. So, let me give you a missionary’s position on sex. Here are three things you need to know about sex from my point of view.

Some Missionaries Have Made Sex Evil, But They Weren’t Listening To God!

Let me be the first to say the jokes about “the missionary position” are well-deserved. Some Christian’s make sex a big No-No instead of an Oh-Yes! But I don’t think they read their Bible.

It is actually a more modern Christian idea that the body is bad and physical pleasure is to be avoided and controlled. Of course, by modern I mean back-in-Paul’s-day, he wrote to the Corinthians that the body was good and there should not be a division between the sacred and the physical. (The Greek philosophy of dualism—that the spirit was incompatible with the physical—had crept in to the Church and Paul wasted no time thumping it.) Paul said we should glorify God “with your bodies.” (I Corinthians 6:20)

Western civilization has had their broken philosophers, too. Plato—for whatever good he taught— was the first to consider the body a liability, not an asset to spiritual formation. “For Plato…the body is a hindrance, as it opposes and even imprisons the soul.”[i] He was wrong. It is the heresy of modern thinking to divide the spirit from the body. (Ephesians 1:10 says that Christ will one day bring the spiritual and the physical back into full unity!)

At a growing rate, Christians are beginning to gain their opinion of sexual pleasure from the original source: the Bible, and not Christian tradition.

If you go back to the time of the Old Testament, a Biblical view of sex from God’s inspired Word calls for deep sexual pleasure. Deuteronomy 24:5 commands a newly married Jewish man to not go to war or tend to his business for one full year, but to spend it learning to please his wife. (Insert joke about how it really might take a year for a man to figure out what best pleases his wife!) This command was taught faithfully among Jews and early Judeo-Christians so that Friday night was often the night mom and dad were expected to go playfully to the bedroom after dinner while the children cleaned up. It’s even said that the great warrior Alexander after the battle of Granicus sent his newly married soldiers home, to winter with their wives, and return at spring. If it’s true, this decision was probably made because he’d been taught by Aristotle, who was taught by a Jew.

Christianity alone of all the major world religions boasts the most radical of holy books. Perhaps you’ve heard of it? It’s called Song of Solomon or Song of Songs. It stands out uniquely among religious books as an unashamed celebration of physical pleasure. Written in approximately 970 B.C., it beats Kama Sutra by 1320 years. (How’s that for a thrashing?)

Just because some Christians have failed to embrace God’s expressed blessing on sexual pleasure, doesn’t mean that all of us have.

Missionaries Who Read Their Bibles Are Probably Having The Best Sex of All!

A University of Illinois study found that the most sexually satisfied women were not college co-eds with a variety of sexual partners but middle-aged people in mutually life-time monogamous partnerships—I call that marriage— who were “religiously active”. (Before you write to me and suggest that this must have been a biased survey, it was conducted with a very liberal agenda and not funded by or led by a Christian agenda.) The best news: it was the good old Protestants who were reporting the most frequent and hottest sex.[ii]

What do I mean by hot?

The women were more orgasmic.

Men benefit from monogamy and age, too! An Indiana University study found that having more partners in their lifetime was a predictor for men of less sexual satisfaction.[iii]

Great sex has little to do with hot bods and age but rather commitment and communication. Both of which require time and patience. And it seems that when God is at the center of a relationship bringing two people together spiritually, that the physical relationship is better too.

A missionary who is reading the Bible will consider sex to be a very sacred act. The Bible constantly uses language related to marriage and sexual intimacy to express aspects of our relationship with God. The New Testament tells us we are the bride, He is the groom. Worshiping an idol is referred to as adultery and prostitution. Old Testament prophets often spoke of Israel as God’s bride and even use sexual terms to describe the intimacy He desired with His people. The Hebrew word for sexual intimacy, yada, means “to know, to be known, to be deeply respected.” It is a word that transcended the physical act to speak of a deep emotional connection. In a beautiful expression of His desire to know us, God inspired that this same word be used in the Scriptures to express a deep knowing and longing for God. “You have searched me, Lord, and you know (yada) me” (Psalm 139:1).

Because sex is a portrait of God’s sacred love, Christians who are well-studied choose to be governed by his guidelines. To be frank, this is not always easy when you are single because the limit is pretty black and white: no sex. After you are married, however, there is a lot of freedom. Yes, there are a few things God says no to, but there is a lot of room for creativity when a couple discusses three simple questions that provide some biblical guidelines for determining personal preferences. My co-author Dr Juli Slattery outlines those three questions in a blog, but we take time to more carefully unpack them in Pulling Back the Shades.

Women have been writing to me and telling me that they “can’t put Pulling Back The Shades down” and that they “read it in one night” and even that “it awakened our sex lives!” I think that’s because Juli and I have really tried to have a biblical approach to God’s gift of sex, and provide practical guidelines to real questions about what’s ok in the bedroom. This has given women incredible freedom to try new things.

A true missionary’s position on sex includes the unashamed celebration of physical pleasure, guided by obedience to God’s safe-guards and guidelines. But make no mistake, it certainly doesn’t limit us to “the missionary position!”

P.S. The headline of this blog post is from a friend of mine who suggested some day she might write a book with this title. Her name is Janet. She was a missionary in the Ukraine, and she considers her husband’s body her “mobile playground!” 🙂

[iii] “Couples report gender differences in relationship, sexual satisfaction over time.” July 5, 2011, Study conducted out of Indiana University, Bloomington, Indiana and reported on States News Services (Retrieved on highbeam.com which is a subscription service so a link is not provided.)