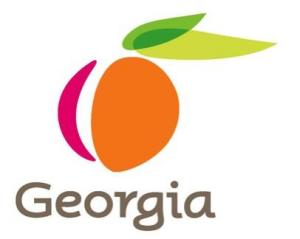 This week CNN.com published an op-ed piece I’d written. My Take: There’s Nothing Brief About A Hookup” garnered a lot of attention. Nearly 4,000 people had RECOMMENDED it to others via facebook as I’m writing this. The conversation was so stimulating that CNN moved it to their home page and Glenn Beck’s blog picked it up, too. It was a whirlwind of people—some intelligent and others not so—debating the pros and cons of our hookup culture. (This thrilled my heart. Anytime we get a dialogue moving, we can change hearts.) My amazon numbers popped, pushing What Are You Waiting For: The One Thing No One Ever Tells You About Sex into the top 50 books in the theology category. Good news all around, right?

You hope when an opportunity like this arises that the Church rises with it, but I’m not sure we did. Can I explain?

I expected a lot of backlash. So it wasn’t a surprise to me that I was accused of being biased. (It was, after all, an op-ed piece.) It wasn’t a surprise to me the my sources were called in to question. It wasn’t even a surprise that some of the comments were full of loathing that I’d disclosed myself to be a follower of Jesus Christ. Though I was sad and sickened, I expected things like the one person who posed as “Jesus of Nazareth” and mottled the conversation with boisterous posts about “his” sexual conquests. But those are to be expected. And while the nearly 800 comments are peppered with this kind of useless sounding off, much of the conversation was intelligent, as well as heated. For that I’m grateful.

Let me get to why I’m a little frustrated and what you can do about it.

Here’s the kind of comments that I wish hadn’t been posted:

These two represent (in a mild way) some of the angry, hate-filled, fire-and-brimstone comments brought out by some of those taking “my side”. I’m assuming they profess to be Christ-followers as well. Others brought threats of hell and flaunted security of salvation into the faces of those who don’t even understand it. That makes me mad.

Let’s Try These Verses On For Size When We’re In A Debate That Matters:

“By this everyone will know you are my disciples, if you love one another,”

“If your enemy is hungry, feed him; if he is thirsty give him something to drink.”

We can be intelligent and persuasive without sacrificing the greatest mark of Christ that exists—love. Let me give you a picture of why our words have to be presented in love when we speak out in the public forum. There was a sweet sophomore named Georgia who read the piece. She liked it so much she posted it to her own blog. She was smart and reasonable, though I’m sure she didn’t agree with everything I wrote. She called herself an agnostic. But she was open to my thoughts…and probably the thoughts of those on “my side” who had kind, intelligent things to say. She’s worthy of our respect and kindness. And we’re called to love her and feed her and give her drinks to quench her thirst. She’s been on my heart all week. I pray she’s on your heart the next time you have a chance to comment in a public forum. It’s important to be out there. But only if we have a heart of love.

Next time we have a chance to speak, let’s not be incited to immaturity by those that are immature. Instead, let’s think about the mature thinkers like Georgia who just need a little love to make them believe.

Of course, I’m probably preaching to the choir.

But let’s get more people in the Church to join the choir.

And let our song always be one of love.

(And maybe one about Georgia.)