Is Your Child Overscheduled? 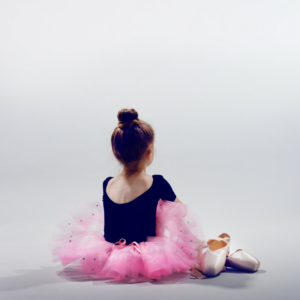 ‘Tis the season for soul-bending schedules that have moms everywhere asking, “Am I over-scheduling my kids?” It seems every year…scratch that…every season, my family was struggling with the question of “how much is too much?” From my oldest’s first year of AWANA Cubbies and Boy Scouts to my youngest’s last year of high school soccer and basketball, the Gresh family was trying its best to find balance that still created space for the kind of quality parent-child connecting that we so firmly believe is important. When it comes to extra-curricular activities, there is a lot of social pressure from other moms and a lot of debate from medical and psychological experts on just how much soccer, piano, and clubbing is good for our kids.

Books like The Hurried Child remain bestsellers as stressed-out parents find authors to fan their flame of discontent that our children are over-scheduled and stressed out. They argue that burn out, anxiety, and depression are the side effects of demanding too much of children who’ve “lost their childhood.”

Still, other experts argue that there’s no such thing as too much extra-curricular support for a child’s growing mind and body. They say the stress of parents magnifies a small problem that isn’t really a problem for the kids at all.

The fact is, only you can know the right balance for your child. And while we have to admit most of our kids are not child savants and shouldn’t be pushed into over-performing, you may have given birth to an exception. In the interest of full disclosure, I tend to lean towards those writing the books that tell us to slow down, like Alvin Rosfield, author of The Over-Scheduled Child who said:

“Enrichment activities are perfect. They add a lot to kids’ lives. The problem is, we’ve lost the ability to balance them with down time/boring time.”[iii]

And that brings me to my first of four questions you might use as you make decisions from season-to-season. These questions might be useful as you pray through the question of “soccer vs family time” or “ballet vs. family time.” It seems each season there was a new hobby, sport, or skill that our children were investigating and we had to ask God if it was going to be a good investment or a bad distraction from healthy family time. Here are the questions we used to sort it all out.

1.) Does our family schedule allow for unstructured down time?

Alan F. Lambert, a member of the Boy Scout executive council, offered this as part of his congressional testimony on the risk boys are facing because of less access to unstructured outdoor play. He said:

“Unstructured play [used to be] a significant part of our early childhood. Forts and tree houses were built in open spaces. Games—stickball, softball, dodge ball, football, capture the flag, kick the can, tag-you name it-were the order of the day. The games had no adult supervision and were put together by a group of kids playing. Members needed to be recruited, the rules were set and off we went.

“The healthy competition found in the games of my childhood are being replaced by the individual competitions found in the gaming world—play stations, Xboxes, et cetera. Play has become organized and structured—everything has a time and a place, a need for sign ups, moms or dads help, and transportation.

The result is a loss of imagination and the skyrocketing health issues associated with obesity and behavior [disorders.]”[iv]

Old-fashioned—consisting of forts and tag and the risk of an occasional broken bone—is good for our sons. It requires self-regulation, which is a skill necessary for becoming a healthy adult. Self-regulation is critical to the development of and maintaining of moral values. So, how does a connecting mom get some good old-fashioned play into her children’s lives?

2.) What’s the purpose for joining this activity? Answers like “because Jake loves piano” or “to help my child develop social skills” or “to develop confidence” are good answers that give you a green light to at least explore an extra-curricular activity. If the answer is “because everyone else is doing it,” that’s a good reason to reconsider.

3.) Can we finish the season without reneging on our commitment to the teachers, team members, and others involved? Bob and I never allowed our kids to quit something mid-season. Whether it was a 12-week pottery class or a season of basketball, we felt there was a lot of value in finishing no matter how much our child did or didn’t enjoy the activity. One reason is because it’s not fair to others involved to take a spot on a team or in a class if you can’t fulfill your commitment. But more importantly, we believe there are character qualities and decision-making skills being learned as kids participate in extra-curricular activities. These are far more useful in life than throwing a pot or dribbling a basketball, which are skills that may only last the season.

This commitment proved difficult a time or two. I remember once when my sweet Autumn was in tears because she just hated an activity she was involved in. Everything in me wanted to just pull her out of it and stop the hurt. But we reminded her that we had made a commitment and asked her to keep with it. At the end she told me thank you. She felt she had learned some things about herself, if not the activity, that were invaluable.

4.) Does it interfere with church? The Bible tells us not to “neglect meeting together, as some people do, but encourag[e] one another.” (Hebrews 10:25) Being involved in church is important. When we made a decision to pull Robby from soccer it was primarily due to the fact that we would miss church at least twice a month for travelling. That was a game changer in our son’s—and the rest of our—spiritual lives. It would have told Robby that want he wants to do… what he feels like doing…is more important that feeding his Spirit. We weren’t willing to send that message.

Let’s face it, not that many of our children will go on to be pro football players or world-class ballerinas, but almost all of them will go on to become wives and husbands and moms and dads. The life lessons they learn in building a healthy family are so much more important than the travelling soccer team.

Not that the travelling soccer team is bad. Or devoting your child’s life to ballet.

It’s just that you have to be called to it. If you wait on the Lord for an answer in this area, your children will rise up. They won’t be weary and they will not grow faint. And they’ll be used to glorify God in the sacrifice of early mornings, hard practices, and hours of discipline.

Just look at the life of Eric Liddell.

Born to missionaries serving in North China, Liddell’s parents obviously blessed him to pursue athletics. His young years were spent mastering cricket, rugby, and track. It was track that found him headed to the Olympics.

But there was a tension.

He felt called to serve God and would go on to follow God in his parent’s footsteps as a missionary in China. But first, he was called to run.

He told his then fiancé Jenny, “I believe God made me for a purpose, but he also made me fast. And when I run, I feel his pleasure.” It was this pleasure that called him to compete.

In the 1924 Summer Olympics held in Paris, Liddell refused to run in a heat held on Sunday because he strictly observed the Sabbath. He was forced to withdraw from his best event. Having made the decisions months before the Olympics, he trained for races he was less suited to win. His pre-Olympic times remained modest at best.

When Liddell went to the starting blocks, a fellow believer handed him a piece of paper with a quotation from Scripture, “Those who honor me, I will honor.”

Liddell broke the existing Olympic and world records in that race. His record stood for 12 years.

His testimony for faithfulness to God remains legacy.

Here’s more from ABC News on the impact of being over-scheduled:

This blog is an excerpt from my newest book, The 20 Hardest Questions Every Mom Faces: Praying Your Way To Realistic, Biblical Answers.