I Know Why You Read Fifty Shades Of Grey 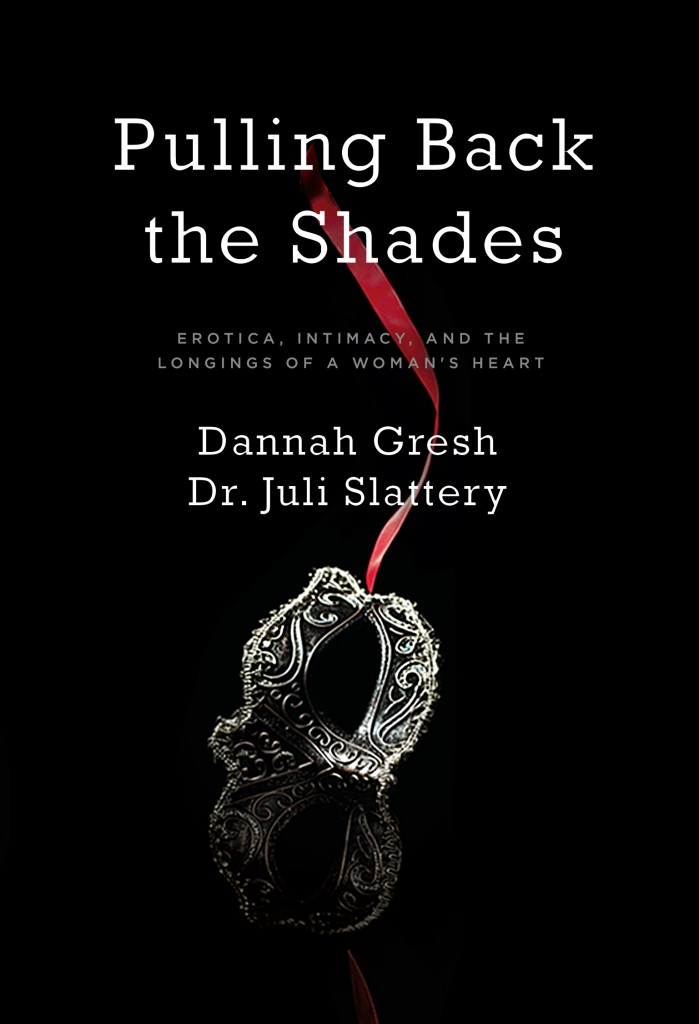 If you are one of the Christian women who devoured the book, Dr. Juli Slattery and I want you to know you’re not alone. And, along with a growing number of increasingly transparent Christian leaders, we intend to approach this topic quite differently. Why? Because Jesus did.

Jesus met a woman at a well who was never going to be satisfied drinking at the well of sexual expression to satisfy her emotional thirst. When He approached her, He broke racial, religious, and sexual traditions. Those customs were not as important to Him as rescuing the woman with Living Water.

In the pages of our new book, Pulling Back the Shades: Erotica, Intimacy, and the Longing of a Woman’s Heart we may break a few unwritten, man-made, but none-the-less “Christian rules” of the past in the pages of this book. No conversation will be taboo if it can rescue your heart and bring you to the Living Water.

And one thing that make ruffle some feathers is the fact that we know why you read it and think the reasons reveal some very legitimate longings. As I dug into research a whole new world of writing, I identified five characteristics of successful erotica, based on interviews of those who read it and the writing guidelines given to authors in the industry (known as “sexperts”). “Good” erotica:

Not knowing that I was finding this in my research, Juli felt led of God to write this list of women’s longings that she felt were being met by the erotica craze:

(See how they line up? That’s how powerfully God connected our hearts as we worked on this prayer-bathed piece!)

It seems to me that the longings (to which we provide better solutions in the pages of our new book) are legitimate, but are sadly not talked about in the Church. Juli and I plan to do some talking. Maybe you could help us by opening up to share in the conversation.

On the list of the five longings, is there one that you feel strongly undermet that you wish the Church would address?

Listen to Dannah Gresh talk about Jesus meeting the woman at the well and the two things her life teaches anyone who has been lost in sexual sin.

Order Pulling Back the Shades at your favorite place to buy books or at my website.