Is This Coincidence or God’s Mighty, Meticulous Hand? 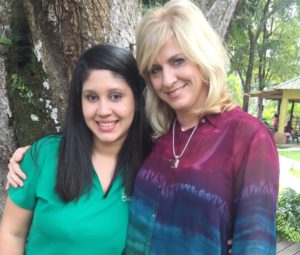 The story she has unfolded in my life is either one coincidence after another or the mighty, meticulous hand of God. Several years ago, she wrote me a letter inviting me to come to the Dominican Republic. I politely declined, explaining that at the time our ministry calling was to the United States. But Marlene refused to give up. Letter after letter, she insisted that the Lord had healing for her land through Pure Freedom and Secret Keeper Girl.

According to the United Nations, the rate of teen pregnancy in the country of the Dominican Republic is double the world average–105 out of every 1,000. Marlene would not settle for the brokenness she saw around her.

When my husband, Bob, and a few my board members found themselves in Haiti on a mission trip, he agreed to travel to the other side of the island to meet with this persistent young woman in the capital of Dominican Republic, Santo Domingo. God quickly opened his eyes to the need that Marlene had seen, and he returned home joining her in her call to bring my heart to the Dominican Republic. He told me the work we would be called to do there would be more significant than the work we have done in the United States. I wept for myself. How could we possibly handle more responsibility?

Bob prayed patiently while Marlene kept writing to me. What God did next turned my head…and my heart.

In February 2015, Bob and I were vacationing in a little place called Jarabacoa, Dominican Republic. He asked me to please consider meeting Marlene the following week when we were in Santo Domingo. I agreed, but when he messaged her on Facebook she explained she no longer lived in the capital because God had moved her to the epicenter of sexual brokenness in the country… a little place called Jarabacoa.
Coincidence or God’s mighty, meticulous hand?
I met her that night. And I wept again, this time for the country. The city of Jarabacoa, Dominican Republic has one of the highest rates of teen pregnancy on the globe, with 13-15 year olds commonly becoming mothers. Within the community of Jarabacoa, the rate of teen pregnancy is double that of the rest of the nation which is recognized as a global epicenter of teen pregnancy. While the numbers are strikingly high, these statistics do not begin to account for the many more wounds in the community due to the commonplace of rape and abuse and trafficking. I was frightened, but asked the Lord to confirm the calling. 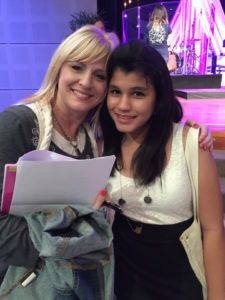 One week after, I met Marlene…I met Indiana.  A missionary brought her to me and simply said, “Indiana is an orphan and doesn’t speak English, but I felt God would have me introduce her to you and have you spend a few moments together.” In the few awkward moments we were together, Bob snapped a quick photo of us. Her beautiful smile in that photo haunted me when I returned home a few days later,  realizing I had been face-t0-face with a girl at risk of being the next statistic. I began searching and searching for this girl through my growing list of contacts in the Dominican Republic. But to no avail. I never stopped praying though it looked like I would never find her.

One year later I returned to Jarabacoa to do some research and see if that’s really where God wanted us to plant an international foot. The very first morning, we visited a school. Standing on the steps of the school was the missionary who introduced me to Indiana. God had brought me right to her in, of all place, a little placed called Jarabacoa.
Coincidence or God’s mighty, meticulous hand?
My heart is fully engaged in the work he’s called us to in Jarabacoa. He invites you and me be part of a team who will change one of the devil’s playgrounds into a story of God’s glory! God is moving through new beginnings with Pura Libertad in Jarabacoa, our Dominican branch of Pure Freedom and Secret Keeper Girl.  Our goals are:

Pura Libertad is accelerating the work of over 70 trained community leaders. Leaders like Irving Fleet and Tammy Griffen.
Irving’s baseball ministry is calling hundreds of boys to be men of sexual integrity through the strength of self-control in a country where “machismo” calls them to be sexually active with many women starting at a young age. Our ministry has provided Irving with a van to transport equipment and is funding for education in 2017. 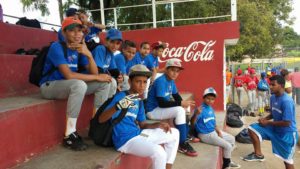 Tammy’s ministry to girls is providing weekly mentoring to dozens of at-risk girls so they understand their value and do not give themselves away too soon. Our ministry has provided Tammy with training and books and is helping her fund a community-wide purity event for girls in April 2017. 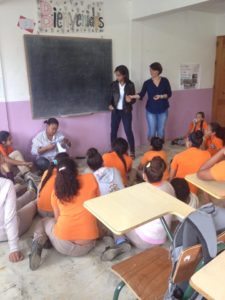 Through Marlene’s unwavering confidence in the Lord and determination to see change in her community, the Pura Libertad Leadership Acceleration program has broken ground in the Dominican Republic, as each of the Pura Libertad attendants return to their communities with strategic goals in their minds and newfound healing in their hearts. Ongoing efforts are supported by your generous end-of-year gift.
We believe in God-sized tasks and we believe reclaiming Jarabacoa to live in biblical purity is one of them.

Specific financial needs we have for Jarabacoa include: