Lies Young Women Believe: And The Truth That Sets Them Free

From the time she was in junior high when her parents divorced, Erin Davis struggled with panic attacks. They came mostly at night and were spurred on by horrific nightmares. When she awoke, sometimes she could barely breathe. She dreaded going to sleep because she never knew when she’d wake up in the middle of the night and feel suffocated by fear. She went to college and married her high school sweetheart. Together, they ministered to the youth of their church, but Erin hid the fact that she was still plagued by panic and fear.

Worn down and completely exhausted, she finally asked some friends to pray with her about what might be causing these recurring, sudden bouts of paralyzing fear. The friends asked what kinds of thoughts ran through her mind during her panic attacks. As Erin shared what she felt during those times, it became obvious that her panic attacks were reactions to thoughts and underlying beliefs that simply weren’t true. Her feelings were very real, but they were based on some pretty serious—and destructive—lies. Lies like:

It was easy for Erin’s friends to see that these statements were contrary to God’s Truth, but she needed to see it. As they prayed together, her friends asked her to consider what God would say to her about those things. Here’s what she concluded.

Lie #2: I have to take care of myself.
Truth #2: “Be still and know that I am God.”
(Erin realized she was trying to play the role of God in her own life.)

Lie #3: I can’t wear my heart on my sleeve or it’ll be crushed.
Truth #3: “They will know we are Christians by our love.”

In case you didn’t catch it, the truths Erin concentrated on in that prayer time are powerful Scriptures right out of the Bible. These verses became the focus of her prayer team that day. Over the next few days, she continued to meditate on those verses as she began to “reprogram” her thinking.
The results were amazing! When Erin drove home a few days later, staying in a hotel alone along the way, she slept peacefully without nightmares or panic for the first time in a long time. Her parents are still divorced. She still struggles with fear at times, but it rarely rises up as powerfully as it did night after night for almost ten years.

The lies she believed at one time put her in bondage. It was God’s Truth that set her free.

If this resonated with you, join us this fall for a nine-week study through the content of Lies Young Women Believe! Hosted by Dannah Gresh and Erin Davis, this study will help you identify lies the Enemy is telling you, and replace them with the Truth. For more information or to register, click HERE. 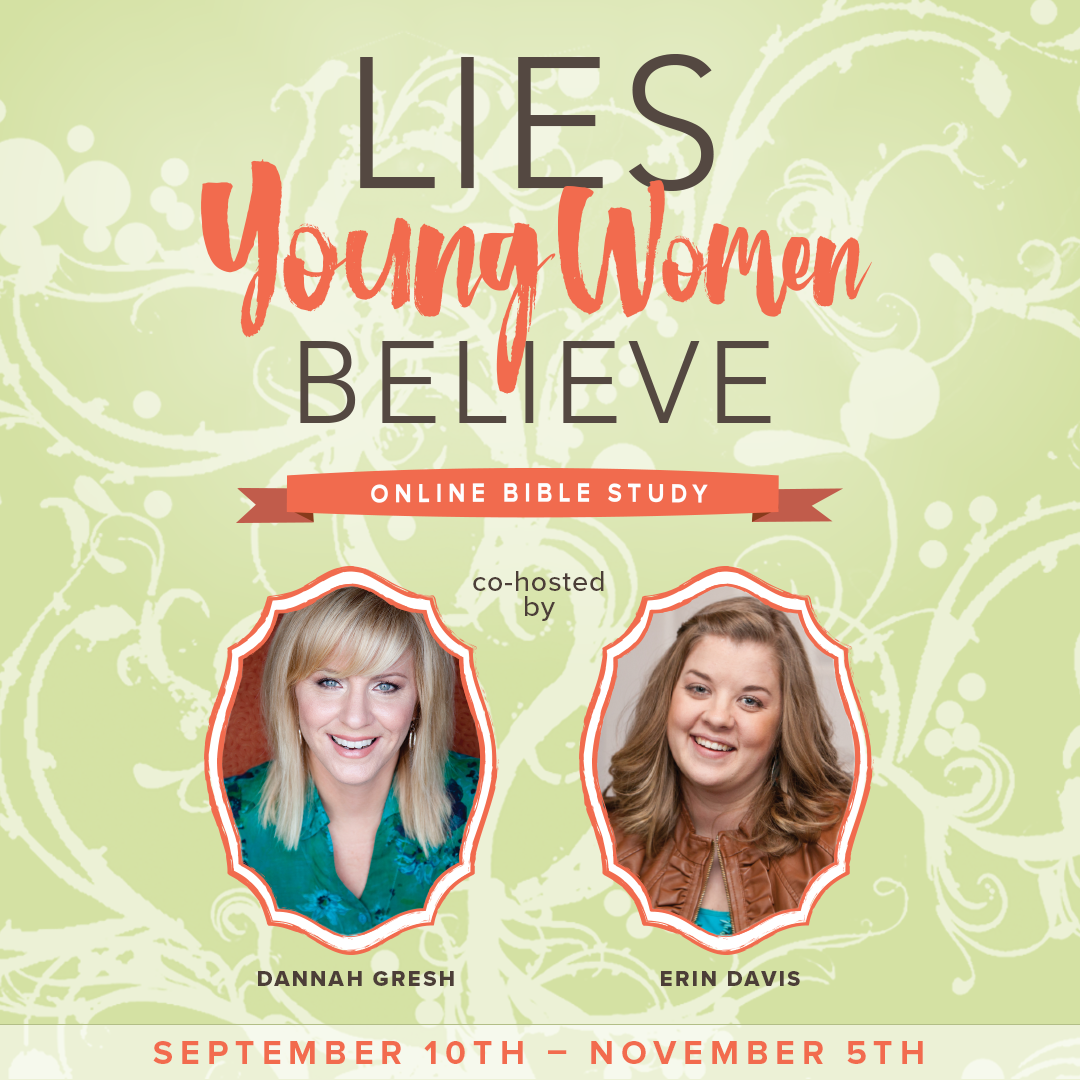