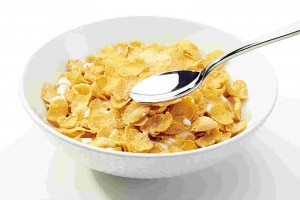 In Lauren Winner’s fantastic expose on sexuality in Real Sex, she reminds us that pop culture attempts to make sex fairly meaningless. She points to an episode of the hit sitcom Friends, in which Monica (portrayed by Courtney Cox) asks her new paramour, “So, we can still be friends, and have sex?” “Sure,” he replies, “it’ll just be something we do together, like racquetball.” Winner responds to this commentary with this: “It could be a tagline for our age: Sex: It’s just like racquetball. It’s no big deal. It’s just a game.”[i]

You want to know.

Probably because a lot of you are struggling.

Well, the bad news is that the Bible offers no direct teaching on masturbation[iii]. Does that mean you don’t have any information in Scripture to direct your behavior when you feel the urge? Not at all. We have to look at other principles to answer the question.

Christ blows the ill-fitting door off of any inkling of defense that the internal sexual thoughts we have for a man who is not our husband is OK. In Matthew 5:27, he says: “you have heard that it is said, ‘Do not commit adultery.’ But I tell you that anyone who looks at a woman lustfully has already committed adultery with her in his heart.” Obviously, if it is sinful for a man to lust after a woman, it is also sinful for us to lust after a guy.  If your eyes and mind are engaged in pornography or visual sexual fantasy involving a guy when you are masturbating, you are sinning. That is to say, you are missing the mark of God’s design for sex.

“Deeply embedded within each one of us is a divine longing for wholeness that sends us reaching beyond ourselves to God and others. Sexual desire helps us recognize our incompleteness as human beings and causes us to seek the other to find a fuller meaning in life….Authentic sexuality urges us toward a rich sharing of our lives.” [iv]

The verse my friend shared with me that got me thinking about this blog is found is Matthew 5:8. It reads,

“Blessed are the pure in heart, for they shall see God.”

It can be reasoned, then, that the impure in heart will have a blurred vision of God. And that, if given to enough impurity, shall not see God. They will be spiritually blind.

How do you get it back? Tell someone. Ask someone whose vision is clear to give you eyes to see the path again. It’s there. He loves you. He’s waiting for you.