nonSpeed Dating for Dummies: does he know how to work? 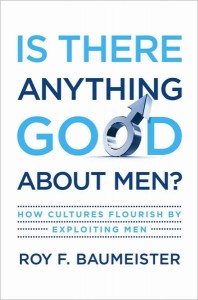 A recent Wall Street Journal article inquired, “Where Have All The Good Men Gone?” A current Amazon best-seller asks, Is There Anything Good About Men? Since the 2004 coining of the word “adultescent,”[i] we’ve had something to call the young adult male who is so busy playing Call of Duty on his Playstation 4 that he doesn’t actually have a real life call of duty. No honor. No integrity. No goodness. Just a seventh grade mind-set and responsibility-level trapped in the flabby body of an adult who often still lives at home or in a tacky bachelor pad with other adultescents. I’ve written at length about this in a book for mothers entitled Six Ways To Keep The Good In Your Boy, and I don’t think it’s all the fault of men and boys. Women have something to do with it, too, but it’s a very real plight and as you seek a life partner you should be aware of it.

The phenomenon is what has caused Kay S. Hymowitz to pen the book, Manning Up, in which she writes:

“Not so long ago, average mid-twentysomethings, both male and female, had achieved most of the milestones of adulthood: high school diploma, financial independence, marriage, and children. These days [the males] hang out in a novel sort of limbo, a hybrid state of semi-hormonal adolescence and responsible self-reliance.”[ii]

High school English teacher Joe Carmichiel has written a book entitled Permanent Adolescence: Why boys Don’t Grow Up, because “A large number of today’s teenagers especially boys see no reason to accept or pursue adulthood since it is of so little value to the larger culture.”[iii]

And women are frustrated with this. I spoke to one nineteen-year-old who had already worked her way through beauty school and was paying her bills with a great job, but lamented that she had to date someone at least thirty years old in order to find a maturity level that matched hers. She was looking for a good man. Just one good man.

As she should be.

Robert Coles, a pioneer in the field of moral intelligence, brings clarity to the definitions of goodness:

“good…boys…have learned to take seriously the very notion, the desireability of goodness—living up to the Golden rule.”[v] Whereas bad boys display a “heightened destructive self-absorption, in all its melancholy stages.” In essence, we go bad when “we lose sight of our obligation to others.”[vi]

Goodness is the quality that makes us put others ahead of ourselves. It’s the moral compass that keeps the world safe, happy, and working. It’s the drive that makes us want to function in families rather than isolation. It’s the internal road sign that takes us away from our own desires and toward the destiny of meeting the needs of others.

The New Testament Greek word for “goodness”—used here and in other places— appears in three forms, all of which are rooted in the Hebrew word “tod”, which meant “usefulness.” You need a man who is “good.” That is, he is looking beyond his own desire to eat wings and play Call of Duty until 3:00am to be useful for others.

Men are called to goodness in a way that women are not within marriage. Ephesians 5:28,29 says that they are to be so outside of their own desires that they treat their women with the same respect they would treat their own bodies, including feeding and caring for her. This requires him to be able to provide for her and willing to do it. Does he have a job? Or is he working hard in school so he can get a good one? Do you see a work ethic in the way he treats his assignments and chores?

Does he know how to work?