Should We Stop Using The Word “Purity”? 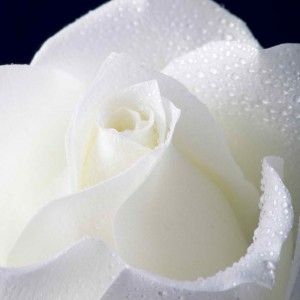 Recently I opened my blog to moderate comments on a post titled “Was Mary A Virgin?” Suddenly, I was being accused of “slut-shaming” for using the word virgin. What!? It was the VIRGIN Mary who I was writing about! The comments—including “This is slut shaming… Wrapped up in a pretty package” and “Such dialogue and scrutiny over a woman’s virginity (aka ‘purity’) only feeds into patriarchal-based slut shaming”—were just the crest of a wave of frustration I’ve heard all year long as those following me lament that the language of sexual purity is out of style. The big claim? The word purity has no efficacy. So, let’s put it on trial today and see where we land because as a leader in the Christian sexual theology conversation, I want to know: do you think we should stop using the word purity? But here’s the deal. The debate—which I expect may get heated— must lean first and foremost on the truth of sexuality as defined in the Bible, not the opinions of men and woman. What’s a good day in court without an opening argument? Here’s my three defenses of the word purity.

1.) The word purity is used in the Bible to describe a desired state of living both before and after marriage. Both men and women of all ages are called to live lives of purity in the Bible. While the context of purity is found in endless passages, here are just two simple places where the exact word is used:

How can a young man keep his way pure? By guarding it according to your word. (Psalm 119:9)

Older women likewise are to be reverent in behavior, not slanderers or slaves to much wine. They are to teach what is good, and so train the young women to love their husbands and children, to be self-controlled, pure, working at home, kind, and submissive to their own husbands, that the word of God may not be reviled. (Titus 2:3,4)

That last verse, among others, debunks the myth that purity is something to be pursued only until the wedding night. It’s written about married women! They’re already having sex, but are still called to purity. Purity is a word God uses to invite us into a forever lifestyle. But should we use the word today in a culture full of sexually saavy teens and young adults that don’t relate to it like their Victorian-lace clad grandmas and car door-opening-gentlemen grandpas did? Maybe the word just doesn’t work today.

John Wesley was famous for using this Bible verse to defend the fact that we must use God’s specific words to teach God’s truths.

“If anyone speaks, they should do so as one who speaks the very words of God.” I Peter 4:11a

If God inspired the writers of the Scriptures to use the word purity, who are we to say it has no efficacy?

2.) The meaning of the word purity does not define a condition of sexuality, but rather a direction or process of becoming.  The Greek word for purity is hanos. It means “pure, clean, without fault, chaste, exciting reverence, sacred.”  Now that seems humanly possible, huh? Here’s where non-virgin teens like I once was can be tempted to lash out at Biblical teaching on sexuality because it makes us feel so stinkin’…well… impure. Here’s what I wrote as a young twenty-something in the pages of my best-selling And the Bride Wore White:

I went through a real period of struggling with my own purity at the beginning of my college years. I thought I had completely blown it. Memories came back to haunt me and make me feel inferior. In my mind, I was no longer pure. I had ruined the perfection God had created in me. Let’s test that against Scripture for a second . . .

“Surely I was sinful at birth, sinful from the time my mother conceived me”

“All have sinned and fall short of the glory of God”

“There is not a righteous man on earth who does what is right and never sins” (Ecclesiastes 7:20).

So, if you weren’t born pure. How does it work? What is it? This calling to such sacredness of the body, mind, and soul?

I believe it is a process. A direction. A constant pursuit of righteousness marked, sadly, by our humanity as we fall and get back up again and head in the right direction. It is not a state of our sexuality, but a state of our becoming something we once were not.Søren Kierkegaard wrote a book called Purity of Heart Is to Will One Thing. Purity is the consistent will to be what God desires us to become. This process of becoming is described beautifully in Philippians:

Therefore, my dear friends, as you have always obeyed—not only in my presence, but now much more in my absence—continue to work out your salvation with fear and trembling, for it is God who works in you to will and to act in order to fulfill his good purpose. Do everything without grumbling or arguing, so that you may become blameless and pure, “children of God without fault in a warped and crooked generation.” Then you will shine among them like stars in the sky as you hold firmly to the word of life. (Philippians 2:12-16a)

I know lots of virgins who are far from pure. And I know a lot of former sex addicts who are among the most beautifully pure that I know.

Regardless of my opinion on premarital sex… I think it’s important that we STOP using the word “pure” to describe a virgin and this is why.. For one, some (NOT ALL) women who have been raised on this mentality feel impure/dirty after having sex on their wedding night simply because they feel that they have some how sinned, causing their “purity” to be stripped (and yes this does happen). Secondly, not all who wait are pure and in all honesty, none of us are pure (virgin or not) because of impure thoughts. Also, you’d be surprised as to how many “pure Christian teens” have found what they believe to be loopholes when it comes to God’s laws that they then use to justify sexual activity. Just because you aren’t a virgin it doesn’t mean that you are a bad person, that you’re going to hell, or anything else you may have been lead to believe. God sees all sins as equal and last time I checked we were ALL sinners, which means that any punishment you deem fit to give to an individual who has decided to have sex.. You have to give yourself. VIRGINITY DOES NOT EQUAL PURITY!!! There… my rant is over.

Her rant was good. It ended with truth, but in the middle was a lot of confusion that I believe is the fault of misunderstanding caused by misinformed but well intentioned Christian bloggers who are usually holding one hear to the world’s whims rather than studying deeply the word of God.

The evangelical modesty and purity movement is not without its weaknesses and faults. I’ve publicly stated that before in A Modest Proposal For My Critics and Believing in A Better Modesty Movement. But I also think there is more strength in the Christian teachings of sexuality than weaknesses and have enjoyed the opportunity to defend a conservative view of sexuality in places like FoxNews, CNN.com, and in my TED Talk. The science does the work for us. God’s plan makes sense. But are we presenting it well? That’s the question we need to answer and I need your help to do it? As I seek to grow by gaining your opinions here, let me honestly state that I think any lack of efficacy in the word purity is not the fault of the word, but the world.

Still, does the brokenness of this world merit the consideration of replacing the word in the sexual theology conversation within the Church? I’d like to know what you think. 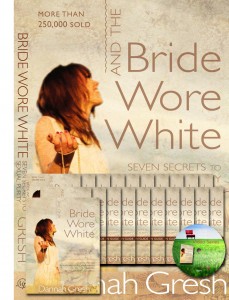 Is this a topic you would like to explore further? My best-selling book, And the Bride Wore White, has an eight part video series, leader’s guide and even companion guides to complete a full weekend retreat or an eight week bible study on purity.

For the month of July, our mother-daughter and retreat kits are 20% off using the code BRIDE20 here!

*For the record, I approve every well-thought out comment and even those that make no sense as long as they are not crass and fueled with profane language. I find that kind of writing to be immature and tasteless. You might keep that in mind as you leave comments below or on my social media pages. Let’s engage in thought-provoking conversation!